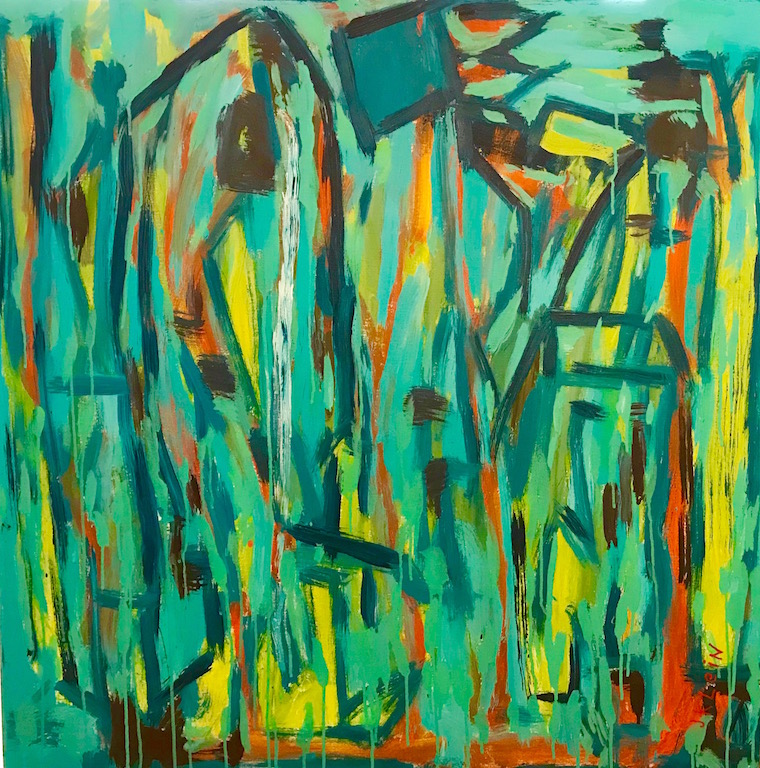 To move, to breathe, to fly, to float, To gain all while you give,
To roam the roads of lands remote: To travel is to live.
– Hans Christian Andersen

After over a year spent in quarantine, the world seems well on its way to opening up once more. Among the many activities we all have missed, traveling to experience different lands, cultures, and food is ranked among the highest that people are eager to revisit. Last year, an American Express poll found that 78% of its respondents missed traveling the most out of all pre-lockdown activities.

Abstract artist and painter Jim Klein has created many works inspired by the beauty of the world around him, even places he physically has never stepped foot. Here he discusses a select few paintings that might inspire us while planning our next trip abroad, or just setting up a canvas.

What do you find unique about your painting Expedition?

Jim: Expedition was created in the Art Factory in Scottsdale. I remember the day very well; I finished on what was a dreary day outside, which is unusual for Arizona. Very foggy and gray when we usually see sunshine and bright skies most of the year.

While I enjoyed painting the piece, I struggled with the title for quite a while. It’s happened before and will absolutely happen again. (We’ve covered the topic of what an experience titling artwork can be in previous blogs, which you can find here, here, and here.)

When I had completed Expedition, I invited my art consultant to visit and assess the painting. His opinion was that the art reminded him of an adventure through thick jungle or brave explorers trekking the wilderness on an expedition. The title stuck immediately. 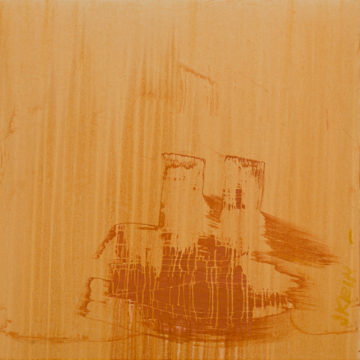 What is a kiva?

Jim: A kiva is a room used by Pueblo Native Americans for rites and political meetings often associated with the kachina belief system. Among the Hopi and other Pueblo people, kivas are square-walled and underground, used for spiritual ceremonies.

Where was Kiva created?

Jim: Kiva was painted during an Art Walk on Mainstreet in Scottsdale, Arizona. It started out with the light orange, clay color wash as a background and I recall that this particular painting created itself.

I wish I could, but I’m certain I could never duplicate a piece like this. The day the paint finished setting was the same day it found a place on the wall of the art gallery. It’s a very special piece. 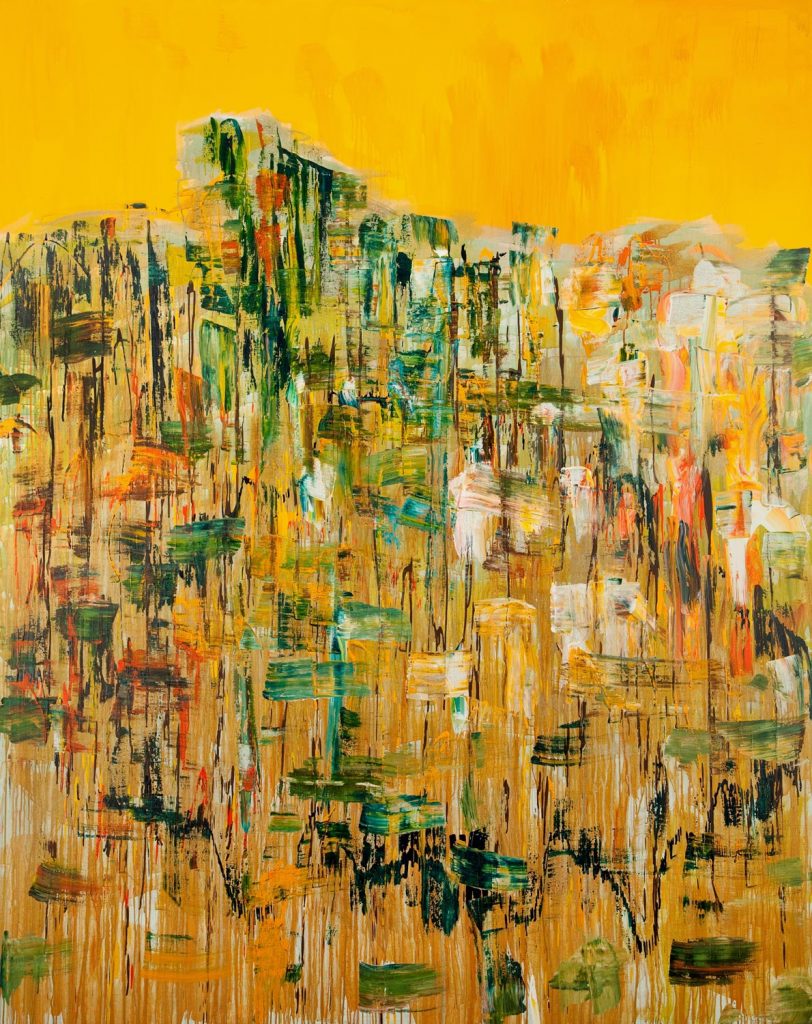 A favela is a type of slum in Brazil. The first favela was built by soldiers following the Canudos War in the late 19th century. It is now known as Providência, located in the center of Rio de Janeiro. In recent years, favela culture has become the inspiration for art in other parts of the world. Representation of and inspiration of favela life can be seen in many paintings, photography, and reproductions of favela dwellings.

Was Fabelas intended to represent a favela?

Jim: Not intentionally, no. Fabelas is another painting that I struggled with naming and deciding on a title. Thankfully, I received unexpected outside help.

While Febalas was on display in the J Klein Gallery, a wonderful woman stopped by to visit and noticed the painting. It’s a very large piece at 100 inches tall and 80 inches wide, and thus very be difficult to miss. As we visited the woman told me that the painting reminded her of the favelas in Rio de Janeiro. The name stuck. 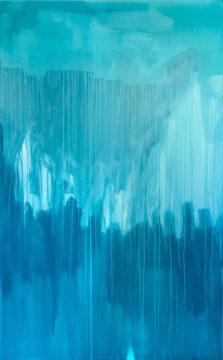 Jim: Rock City is a large, vertical piece at 96 inches tall and 60 inches wide. As often happens when creating abstract art, this painting happened quite spontaneously.

Rock City now hangs in the Art Factory and it has been received very positively by our visitors. We’ve had folks comment that there’s a hidden skyline in the blue brushstrokes alongside the organic feel of rocks or stone.

Is Rock City inspired by any specific place in the world?

Jim: No, it’s just one of those spontaneous creations born of a lifetime of gathering a visual library. If it does remind anyone out there of a place they have visited, please share that with me! I love hearing the interpretations of others’ experiences. 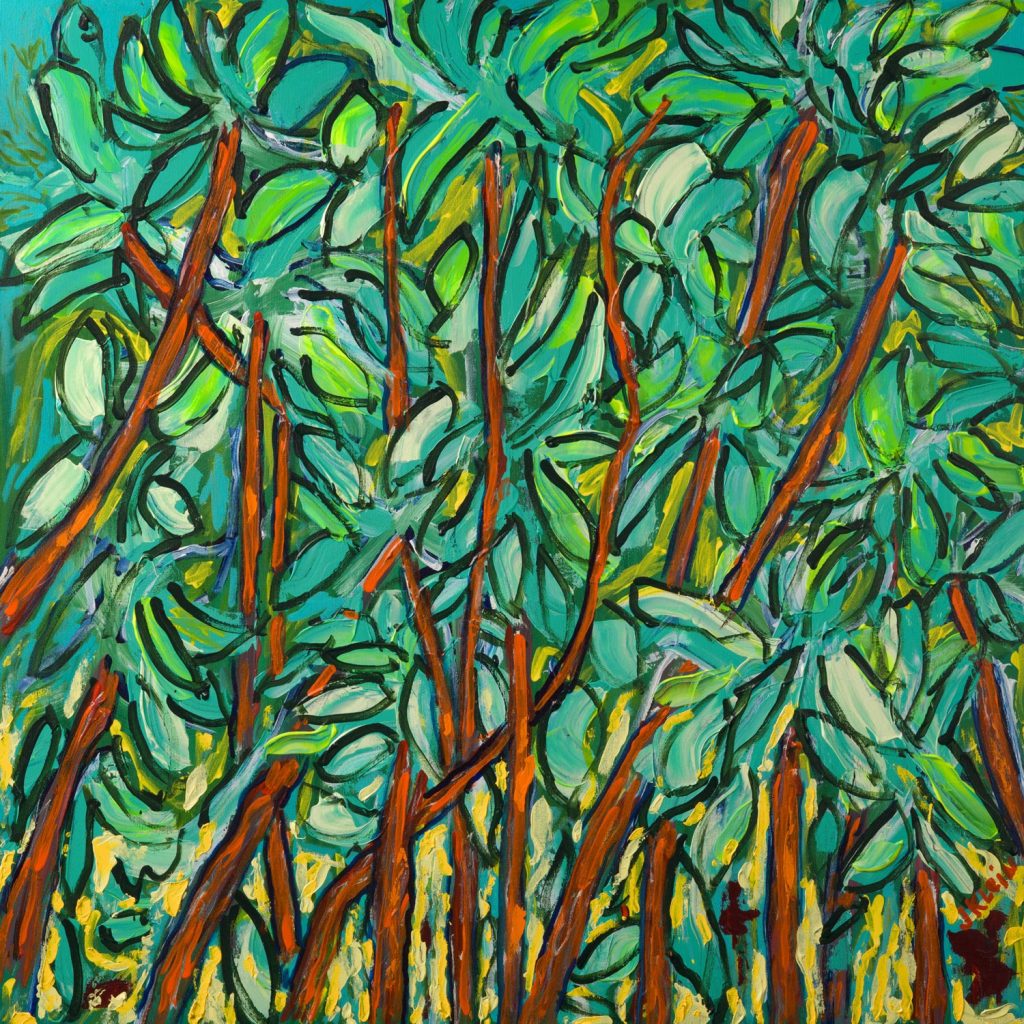 What do you hope a viewer feels while they observe Vatu Vera Island?

Jim: Imagine sitting on the beach, on a peaceful island somewhere in the middle of the ocean. You’re all by yourself, watching the palms sway on the shore. If you need something tropical, this one is for you.

Jim: Before I began painting Vatu Vera Island, I looked at a map and found a very remote island in the Pacific Ocean. There lies Vatu Vara Island, part of the Lau Group of islands near Fiji. According to Wikipedia, the mythical guardian of Vatu Vara is a sea goddess named Sakulawe.

I haven’t yet visited myself, but I hope to someday.

Looking for more travel inspiration from abstract and artistic destinations?