A Royal Debacle | Behind the Canvas with Jim Klein

A Royal Debacle | Behind the Canvas with Jim Klein 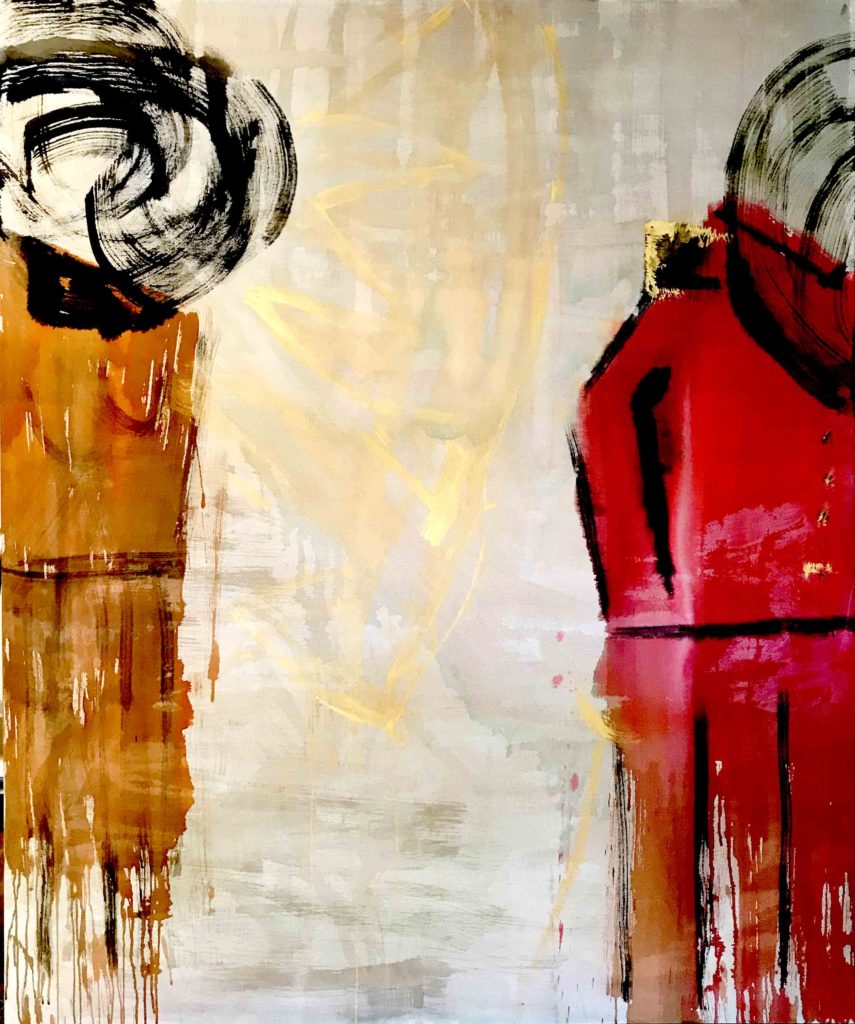 “Everything happens for a reason, and part of that beauty of life is that we’re not allowed to know those reasons for certain.”

While in the pursuit of creating art and composing music, abstract artist Jim Klein is often inspired by one and it will lead to the other. Such was the case while composing music and finding himself in a conundrum regarding a difficult decision on how to move forward in his project. Jim discusses the origins of his painting King Edward’s Debacle.

What was the inspiration behind “King Edward’s Debacle”?

Jim: As I was painting through a round of peripheral art, “King Edward’s Debacle” was inspired while collaborating on an album with my colleague, Ian. During our work, we hit a speedbump during one of the songs that quickly became a debacle.

Sharing one of the melodies with Ian, we started collaborating on this and immediately ran into issues. We just weren’t hitting the right notes, every attempt sounded ineffective and out of touch. This was a rough spot for us. It felt like an unsolvable problem with no obvious right or wrong way to turn.

During our discussions on how to resolve this issue, Ian and I realized we had a difficult choice ahead of us. As these things tend to go, this decision brought to mind the abdication of King Edward VIII.

Who was King Edward VIII?

Jim: Edward VIII was the King of the United Kingdom and wished to marry Wallis Simpson, an American socialite and divorcee. Due to circumstances surrounding their romance, their relationship was intensely ill-advised. He was then left with three options: give up the idea of marriage to Simpson, marry against his advisors’ wishes and possibly cause a governmental crisis, or abdicate. Faced with these choices, King Edward chose to abdicate the throne and marry Wallis Simpson. I was inspired by the difficulty of our situation and the former King Edward’s.

I was inspired. While within the peripheral art round I mentioned earlier, I began what would become King Edward’s Debacle on a raw canvas. After many layers of wash and paint, abstract figures appeared through the brushstrokes. As I continued my work, a crown between the two characters took shape; it might be falling or fading, but that’s open to interpretation.

Was the “right” decision made?

Jim: I think we’ve all been in that situation before: we don’t know what the outcome might be but we have to make a decision.

When the musical piece ends, it’s not entirely resolved. It’s like in life; I see many folks walking around with unresolved questions. Maybe it’s not about making a decision, but deciding to not act at all. Some wonder “What if I had done this or that?” What if they chose one way or the other? On and on. It’s futile to dwell on it. That’s life!