“I had this concept to get young people turned on to classical music,” ​Jim​ says.  His idea was to have electric guitars stand in for the keys on a piano or the various string instruments in an orchestra, in a sense creating a symphony of guitars. 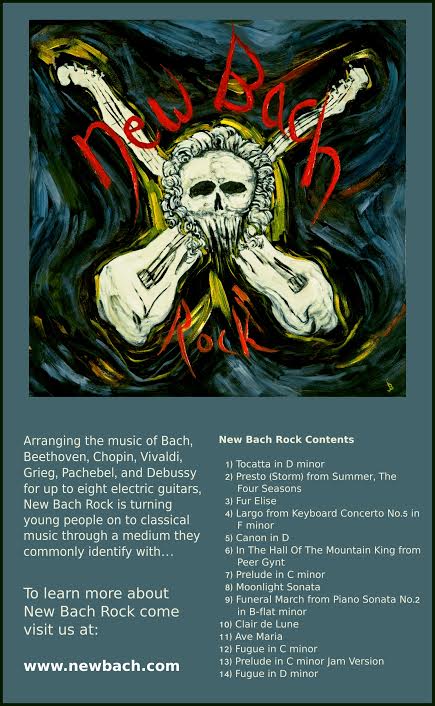 He collaborated with Andrew Dahlke, a friend, producer, and accomplished musician.  They assembled a musical team consisting of arranger Sam Williams, guitarist Steve Kovalcheck, and engineer Greg Heimbecker to test the concept.

They liked the results so much, they went on to create a full CD, New Bach Rock, featuring from three to eight electric guitars on each song.   The result is a rich, contemporary take on 14 classical masterpieces.

Even if you don’t consider yourself a fan of classical music, many of the tracks on this CD will likely be familiar.  And if you are a fan, New Bach Rock gives you an opportunity to hear these works in a whole new way.