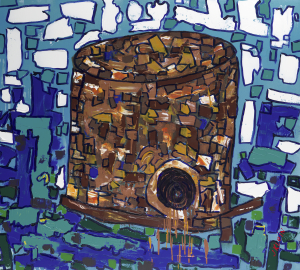 Farming has been part of Jim Klein’s family for millennia. He says it’s in their DNA. As the family moved around Europe and Russia, and eventually to the United States, they remained deeply involved in agriculture.

Jim laments how farming has changed in recent decades. “It’s sad that as a society today we’re losing our agrarian roots: where our families came from, how food is produced, the relationship with the animals, and the importance of the crops,” he says.  He grew up in a time when a farm could take care of a family.  “It used to be a family needed 80 acres to produce what it needed.  Then it went to 160 acres.  Now it takes thousands,” he says.  The makeup of the farm changed also, as livestock moved to commercial feedlots.  “When I was growing up, it was a complete cycle.  We grew the feed and the animals provided year round cash flow.  The farm was self-sustaining.”

To support his own family, Jim went into business providing fertilizer to farmers.  “Liquid fertilizer was new.  It was more efficient.  We could use less fertilizer and get more efficiency out of the crops,” he says.  “In the beginning I was very excited about agriculture because I felt that I was contributing to feeding the world efficiently and doing a good job.”

Old Brownie: My First Tank depicts Jim’s first fertilizer tank.  Back in 1978 when he first started his business, he acquired this 210,000-gallon tank from the abandoned Western Sugar Company.  He went up to the old factory one hot August day to clean out about two feet of molasses.  “I was inside with waders, sweating profusely. It probably wasn’t safe,” he recalls.  “A guy came by and gave me a Mountain Dew that was quite refreshing.  We cut the tank in half and hauled it down the road.  It became my first tank.”

Jim is sentimental about that tank and everything it represented.  “We called this one Old Brownie. It was just torn down and disassembled a year ago.” 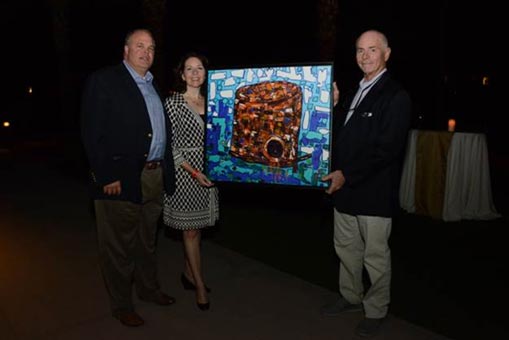 Happily, Old Brownie is getting new life.  Kris and Randy Stephens are the proud owners of the painting, purchased at the ARA Auction held at the JW Marriott Desert Resort near Palm Springs.  This was their second purchase at the auction and they plan to display the artwork at their company headquarters in Comanche, Texas.  Jim is most honored to have his work recognized and appreciated in this way.